Multi-day Rock Concerts at the Raceway?

In 2014, the Sonoma Raceway announced plans to host one or more multi-day rock concerts each year on their property at the entrance to the Sonoma Valley, potentially adding greatly to the already extensive schedule of auto-racing events allowed there. 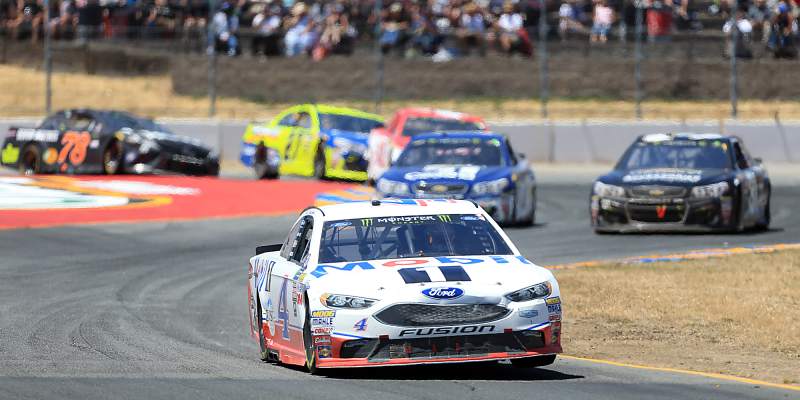 The raceway as we see it today had been allowed by the County, over local protests, because a much smaller racing facility had existed at that location since the 1950s. But many local residents already saw the expanded scope of the present raceway as an unwelcome intrusion into the scenic environment of the Sonoma Valley, and they were united in opposition to a further expansion that “would add a population equal to the City of Vallejo to the Sonoma Valley for days at a time on concert weekends, and clog the roads for miles around”.

As a result, a group of more than a hundred active volunteers gathered to oppose the further expansion of the raceway, and they made it clear that thousands more were behind them.  The likelihood of a “slam-dunk” approval by the largely out-of-town Board of Supervisors in Santa Rosa was clear, and preparations were made for a campaign that would last as long as was needed. A grassroots fundraising drive also began to try to counter the extensive financial resources which everyone knew the Raceway would be able to access through its wealthy South Carolina sponsors and owners.  Comparisons were made to the “Cows not Casinos” campaign that had been fought successfully just a few years before only a mile or two away.

Then came the surprise!  The article that appeared on April 23, 2015 in the Sonoma Index Tribune spoke of a change of heart that had occurred among the management of the Raceway. The rock-concert project was off! The article said:

Plans for the multi-day rock concert event at the Sonoma Raceway that were announced just a year ago have been cancelled, along with all other aspects of the revised use permit the facility was applying for.

Steve Page, the president and general manager of Sonoma Raceway, announced on Thursday that the Raceway was withdrawing its request to modify the facility’s use permit – and the planned music event that sparked the application would not be happening after all.

Page said the decision was reached at the end of business on Wednesday, when they had already prepared two checks totaling over half a million dollars that they had to submit to the county planning department to continue the application process.

“I looked out the window and thought about all the different ways we could spend $600,000 to make this a better facility for our fans,” he said. “That’s when things crystalized for us that we were not headed down a good road.”

The money was due to the county to get the Environmental Impact Report started, and to pay for the county staff time to administer it. “We’re already a quarter million dollars into this,” Page said. “The schedule kept pushing farther out, and the $600,000 we would hand them now would be just the tip of the iceberg.”

Page estimated it would take at least $2 million and three or four years just to get the proposal before the Board of Supervisors. “We went through this process in the late ’90s to get the entitlements to remodel this facility. That was a long frustrating process at the time, and I can only say that in the intervening 15 years it’s only gotten worse.”

Apparently the prospect of the promised “pitchforks and firebrands at the door”, followed by a lengthy and expensive campaign that was likely to end up in the Courts, had had the effect of cooling management’s interest in the project. The people of the Valley breathed a collective sigh of relief – until next time.

Thinking toward that “next time”, however, a few of us stored the mailing lists and campaign literature away. Now it is serving as the base material for the formation of “Mobilize Sonoma”.  Some of our friends who served bravely with us the last time have left us – passed on, or moved out of the area.  Many of us are still here however, and just as concerned as ever for the future of our Valley and for our way of life and our environment.

If you were there, we invite you to join us – again.  If you are new to the area, you probably came here for what we have here.  Help us maintain it for you, your families, and for future generations.

Join Mobilize Sonoma – and if you have a pitchfork, bring it along !